The Oyster mushroom, also known as Pleurotus Ostreatus, is a versatile fungi that is naturally found on hardwood trees. This shelf-growing species is one of the easiest to cultivate and has become popular across countries and cultures for its many culinary and medicinal benefits. Oysters are identifiable by their beautiful fork gills that go all the way down the stem and can be a caramel to light-buff in color, with tips that darken as the mushroom ages.m

Foraging for Oyster mushrooms typically occurs in the spring and the autumn, but Oysters can also be found in both the winter and the summer. Since this species of mushroom prefers cool and fast-changing weather, it is not uncommon to find clusters beginning to grow shortly after a rainfall or immediately following a weather change. When harvesting the Oyster mushroom, it is important to cut the cluster off the tree with a knife, being careful not to disturb the colony.

The history of the Oyster mushroom dates back to World War I when this fan-shaped species was discovered growing on trees in war-torn Germany and other countries in Europe, Asia, and North America. Ever since, these mushrooms have become a staple in various cuisines, environmental efforts, as well as natural remedies and are now grown and sold worldwide. In addition, Oysters are one of the mushrooms that are available to grow on your own, in which case (contrary to popular belief) they require good lighting and spraying twice per day.

Oyster mushrooms are related to the similarly named King Oyster mushrooms in that they belong to the same genus, but these two species are actually more different than they are alike. While King Oysters are thick-fleshed with large stems, Oysters are far more delicate and only grow to be 1 to 4 inches. Further, Oysters feed on both dead and decaying matter such as wood as well as nematodes and bacteria, which makes them one of the few carnivorous species of fungi. In terms of taste and texture, Oysters are less meaty than both the King Oyster and the Shiitake mushrooms.

The subtle flavour of Oysters combined with their promising health benefits make them one of the most popular mushrooms to eat. This fungus is often added to soups and stews or fried in a pan with some butter and garlic to have as a side dish with chicken or seafood. As for the health benefits, current studies suggest that Oyster mushrooms may help to lower cholesterol levels and help treat cancer. Fresh Oysters can be bought from us online will keep for about a week in the fridge. 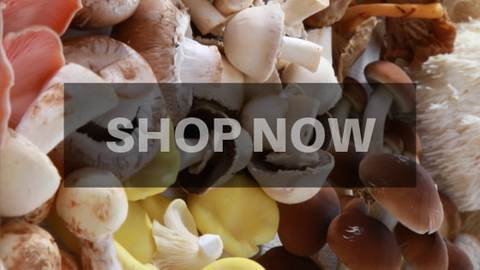 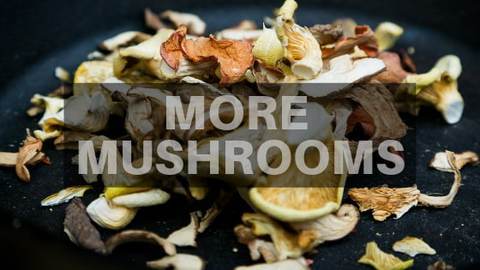